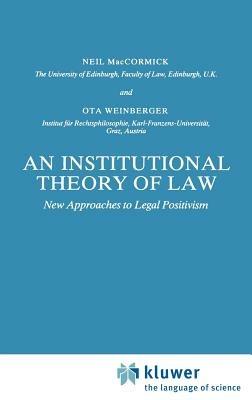 With the new academic year starting, law schools are introducing new classes, faculty members, and initiatives. The University of Virginia School of Law is offering courses in international family law and comparative family law this winter. Similarly, the Children’s Law Center has launched its new training center, which includes immersive learning simulations to train students on the rights of children. Additionally, the Law & Business Association is promoting scholarship opportunities and professional opportunities for law students.

Willamette Law is highlighting its new Signature Strengths Initiative, which encourages students to cultivate their strengths and develop skills that will help them excel in their career. This initiative includes a new seminar, Lawyers & Leadership, and the creation of a law student-led journal. In addition, the University of Alaska Anchorage has signed a new agreement with Willamette Law that will expand the university’s access to Alaskan students.

Among the many notable new additions to the University of South Carolina School of Law’s faculty are Professors Keith Cunningham-Parmeter, Jordyn Wickstrom, and Abby DeBorde. Additionally, Professor Joel H. Samuels was appointed interim vice provost for interdisciplinary studies. Also, the Konduros Fisherman Fund has donated over $1 million to the law school.

Willamette Law is also adding Dustin Buehler, an alumnus of the university, as a member of its faculty. Dustin will teach civil procedure in the fall. His research interests include the regulation of land use and money. He also serves on Governor Kate Brown’s staff.

One of the most academically talented classes at the University of Virginia School of Law is now entering its third year. Students from across the country are enrolled in this class, which is considered to be one of the most successful in school history. It has also met or exceeded all metrics on the latest US News and World Report rankings.

Alysja Carlisle, a law student from New York, received a full scholarship to attend the law school. She is currently a second-year student at the school. Her interest is in immigration law. Other students who will be part of the class are Sabrina Mato, an international studies major; Liz Espin Stern, a former diplomat’s daughter; and Chelsea Evans, a history-making alumni who recently returned from studying law in Spain.

New courses and programs are also being offered at the University of Virginia School of Law in the fall. A student-run organization called the Social Enterprise & Startup Law Group is focusing on entrepreneurship, social innovation, and law. Another group, the Intellectual Property Law Society, is focusing on intellectual property protection, entertainment law, and venture capital.

New faculty include a leading expert in comparative conflicts law, an attorney with a focus on social media law, and a researcher who is developing a program to protect juveniles facing potential incarceration. And a leading lawyer in the field of cybersecurity has been appointed to lead a new cybersecurity legal task force at the law school.